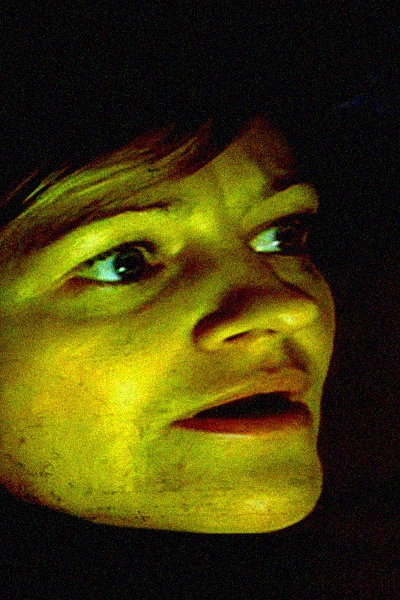 – What if we just gave up chasing after castings, begging for money in the Town Hall? Let’s just do theatre at home! We already have all the outfits and decorations, we could fit forty people into these two rooms. Yeah, let’s put on Faust!

Zbyszek (Dariusz Jeż) and Kornelia (Katarzyna Tadeusz), a couple of actors, arrive at this conclusion only after trying everything to claim their space on the local theatre stages. She is young, ambitious, educated-ish (a graduate of extramural theatre studies) but still waiting for the “role of her life”. He is older and more experienced, once an active actor, now rather a bitter skeptic nurtured by books and industry press on the contemporary culture. Their tale, told with biting humor, exemplifies the pleas of artists in the world of castings, project managers and VIPs craving for tributes.

The “smallest theatre in Poland” cramped into two rooms (35 square meters) lacks a stage, curtains and even a cloakroom. Instead, the actors roam between the bedroom and living room, passing by bathroom once in a while. For sure, there’s no space for tidy rows of comfortable seats, so the spectators must do with a chair here or there, or maybe even the window sills. To make up for it, there’s also the original infamous uniquely-shaped sofa that had recently decorated the cover of a prominent contemporary culture magazine, causing quite a stir among right-wing city officials. Shortly, the limited space might have limited the number of viewers but guaranteed a cozy atmosphere. And anyway, the performance was on more than forty times.