based on a play Let’s Dance, Zofia by Anna Duda
with excerpts from personal diaries of the painter Zofia Stryjeńska (1891-1976)
published in Stryjenska. Diabli Nadali by Angelika Kuźniak (2015)

Artists from the Music Theatre of Lublin and Henryk Wieniawski Philharmonic of Lublin:

WITH FINANCIAL SUPPORT FROM: 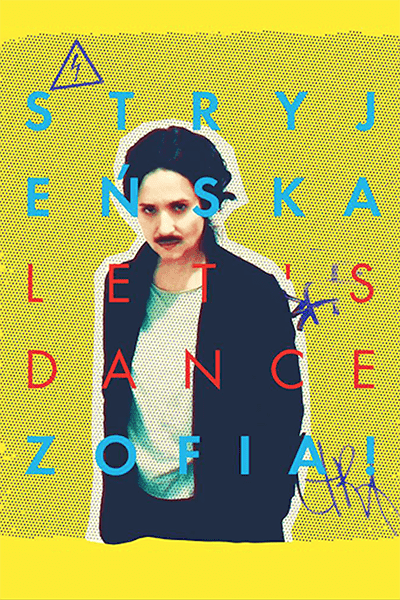 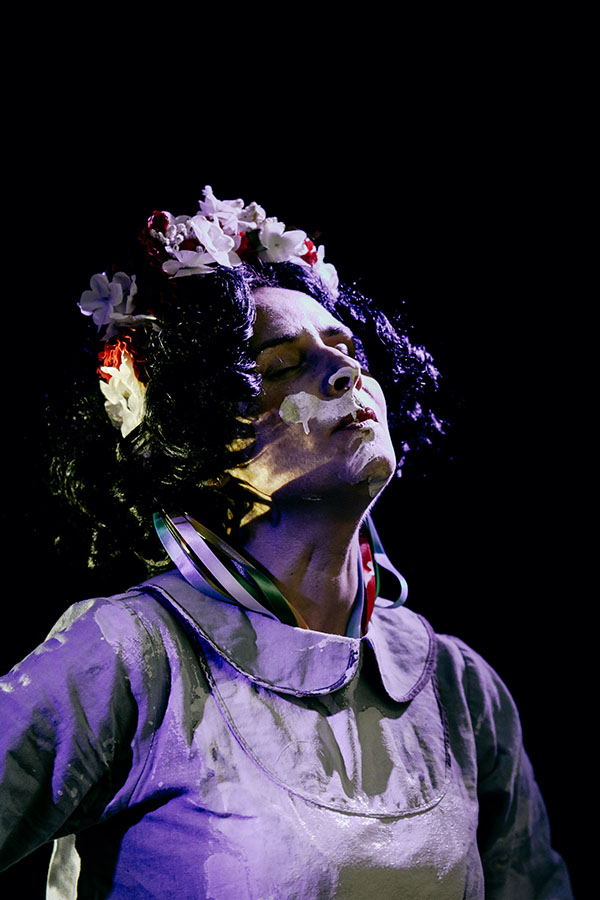 based on a play Let’s Dance, Zofia by Anna Duda
with excerpts from personal diaries of the painter Zofia Stryjeńska (1891-1976)
published in Stryjenska. Diabli Nadali by Angelika Kuźniak (2015)

WITH FINANCIAL SUPPORT FROM:
The Ministry of Culture and National Heritage via The Culture Promotion Fund
Lubelskie Voivodeship Executive Board
Mayor of the City of Lublin

Stryjeńska – Let’s dance, Zofia! is a video, theatre and music project shaped through the confrontation of diverse creative sensibilities. It is the fruit of the collective work of a group of artists who attempted to face the fascinating and troublesome biography of the Polish painter Zofia Stryjeńska – while avoiding fictionalization or repeating the story from existing biographical sources. Instead, the project focused on revisiting places marked by Stryjeńska’s presence in order to examine the social progress that has unfolded within the last century, most visibly through the development of democratic structures, universal suffrage and female empowerment in general. As a director I was interested in these political and social contexts, the influence of external circumstances on the creative process, but also in mutual influences and artistic correspondence: visual arts, theatre, contemporary music, performance.

Indeed, in order to enroll to the Munich Art Academy (1910/1911), Stryjeńska had to disguise as a male. She struggled with adversities in the times of turbulent European history: fin de siècle, World War I, Poland’s independence, the crazy twenties, Hitler’s crisis and rise to power, World War II, post-war destruction and refugee camps, and finally – the Berlin Wall and the division of Europe into two spheres of influence. She was held at the prisoner camp Lebring-Sankt Margarethen, and spent a fair share of her life in poverty and loneliness in Geneva.

Currently, much is being said and written about the once forgotten painter. Many of her pieces are still admired; others get rejected as they no longer arouse the interest or emotions that they used to do in the interwar period. But the unobvious value of meeting Stryjeńska through theatre stems from her inner strength and uncompromising attitude. Her lifestyle dominated by travelling inspired the structural concept of this production. The creative team followed in her steps to several European cities, but first and foremost it followed her spirit in search of a modern answer to the eternal question: “Who was she?”. The original play Let’s Dance, Zofia! by Anna Duda focuses on the artist’s familial relationships, her difficulties in building a family nest and the constraints of family life that conflict with her need for independence.

The insight into Stryjeńska’s family lens provided us with a strong starting point which was gradually supplemented with her timeless reflections on culture, society and language. Her life story was perfectly suited as inspiration for my multilingual team of artists, some of who (including myself) were also migrants. The breakthrough came with the arrival of actress Dorota Landowska (incredibly similar to Stryjeńska physically) who became the voice of our protagonist, carry her inside and rediscover every evening, in this way building a rich, complex and compelling role. During the process we continuously asked ourseved: what did Stryjeńska see? Where did she live? Who did she meet? Which languages did she speak? Where did she feel like belonding to? How did she define the concept of motherland and the role of an artist? Indeed, for most of her life she was unfulfilled, destitute and longing for home and for warmth that she could not find in herself.

We strived for creating the right theatrical space for this representation, a space where a journey would be understood first and formost as a quest guided by one’s own voice, the inner music, the personal identity built laboriously in an alien world, ever changing under the influence of new experiences. Such a space was successfully materialized by El Bruzda (Marta Góźdź), costumes and stage designer with whom I have worked on countless projects for many years now. The set-up on stage was completed by videos by Anna Duda documenting our trips to Paris, Geneva and Munich.