WOMENSTATE. A Choir For One Actress

WOMENSTATE. A Choir For One Actress 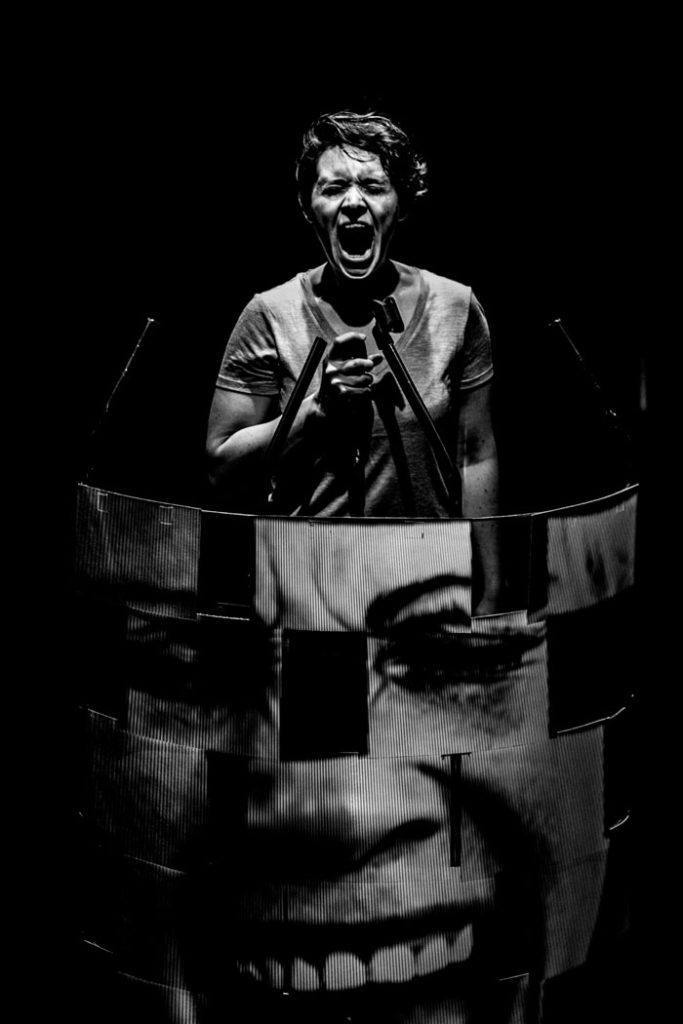 The performance developed by the all-female Womenstate Collective is an artistic attempt to channel the polyphony of many neglected voices into the voice of one actress – a representative of the social conscience. The voice-actress, like a Greek tragedy chorus, comments on the lives of protagonists and chants a song about the collective longing for a better world. She serves as a teacher of speaking for those who cannot speak and as a teacher of existing for those who feel that they have no place in society: she builds the community of females who used to be alienated due to social exclusion and discrimination. Thus, she gives birth to a utopian state created on the stage, an alternative reality of the dreamed Womenstate in which women make laws and a safe space for the same actress – the Queen-Mother – to articulate all the untold stories.

The project emerges out of our outrage by the systemic social marginalization of women from disadvantaged backgrounds, in order to promote gender equality and the empowerment of women who have tripped beyond the “mainstream” society. The performance’s text was based on an academic research tackling the social and political situation of women in Poland, and on interviews with dozens of Polish women who have participated in our specifically designed workshops.