Born in Rybnik in southwestern Poland, I_inherited German citizenship from my father, whose own parents were Prussian and Silesian. Our family lived on the eastern side of the border during my childhood and often switched languages. Due to the complex political situation and driven additionally by socio-economic factors, my father was constrained to move away. At a very young age I often crossed the border alone. When Poland was liberated from the communist regime, the entire family reunited in southern Germany between Konstanz and Stuttgart. I was 10 at the time: it_would take another decade for Poland to join the European Union.

My double national identity and double cultural heritage might have contributed to my way of seeing theatre: I always seek to tell stories that break boundaries of established theatrical languages, canons and spaces. Mixed origins have also nourished my other defining quality, which is the sincere fascination with different cultures, and the desire to understand them thoroughly.

A transversal curiosity lead me to explore Romance languages, Philosophy and Media Studies at the University of Konstanz. In addition to Polish and German languages, I learned French, English and Italian. I have also travelled a lot, both in Europe and Asia.

I moved on to study Theatre Directing at the Frankfurt University of Music and Performing Arts, where I soon got employed as the personal assistant of the Dean of the Hessian Theatre Academy. I learned the craft from Hans Hollmann, Manfred Beilharz, Christof Loy and Jürgen Drescher, and gained rich experience by holding numerous assistance positions and traineeships at Schauspielhaus Zürich, BAT Berlin, Staatstheater Wiesbaden and the Ancient Theatre Festival in Trier. My first productions were staged in Germany: for the debut I chose Merlin or the Desolate Land by Tankred Dorst, followed by The Party by Sławomir Mrożek, the German premiere of Wolf-Gang by a Belgian playwright Tom Lanoye, and then another classic by Mrożek, Tango.

Freshly graduated, I decided to rediscover my country of birth by working with Poles and directing performances in several Polish cities. I also organized The German-Polish Theatre Conference – Artistic Terminal Kolberg. Parallelly, I started the pluriannual collaboration with the Polish Institute Düsseldorf which gave me the recurring opportunity to train German and Polish youth and stage numerous theatre performances in different spaces in Poland and in Germany.

My bond with the city of Lublin started to flourish when I got involved in a social innovation project aimed at education and rehabilitation of prison inmates by engaging them as actors in professional theatre productions. Once it had completed, I started a regular collaboration with Dariusz Jeż, an ex-inmate turned actor, by casting him in I Am Not Afraid Of You, Othello! by Artur Pałyga. Two years later we revisited Shakespeare by staging Midsummer Night’s Dream, created in cooperation with the Prison of Opole Lubelskie and with the Polish National Theatre in Warsaw, and featuring several inmates serving long-term and ongoing sentences. It premiered at the Hołda Human Rights Gala to a large audience sporting high deputies of the incumbent government and acclaimed activists of the Solidarność movement. The production was later selected for the International Theatre Festival Confrontations in Lublin, and acclaimed as The Best Cultural Event of the Year 2012 by the leading Polish newspaper Gazeta Wyborcza. It was covered by press in Japan, the US, Dubai, India and France, and became the main topic of Magdalena Hasiuk’s book A Cruel Strange Side of The World. I was subsequently invited to the International Prison Conference at The Onassis Cultural Centre in Athens to deliver a keynote speech, hold a Master Class and conduct workshops.

These rewarding experiences lead me to work even more as an educator, including in three Erasmus+ projects in Denmark, Poland and Turkey. Since 2015 I have regularly worked for the Khmer Community Development (KCD) in Cambodia within several cooperation and development programmes. I applied the methodology of Augusto Boal’s Forum Theatre to capacity building projects of KCD and other local organizations that deal with conflict management, facilitate reconciliation and protect ethnic minorities in Cambodia. Since 2016 I am also a lecturer at the Marie Curie Sklodowska University in Lublin, teaching courses Theater in Practice at the Department of Theatre Studies and Principles of Directing in global context at the Department of Political Science.

Parallelly to all the additional commitments, my focus has always remained on creating new theatre productions. The Driveless that I wrote and directed based on Goethe’s Faust was shown over thirty times in a living space of an apartment hosting the art gallery Piękno Panie, and invited to the International Festival Retrospektywy in Lódź. My experimental project Vulva focused on female stories was originally staged in the Contemporary Art Gallery Labyrinth and was later invited to Ukraine and presented to an international festival audience in Poland. The Polish Mother of Theatre, while based on true stories, tackled general social issues regarding motherhood and was classified by the press among top three performances of the ongoing theatre season in Lublin. Another project, LubLove, covered an exhibition, a performance and a performative reading dedicated to the theme of the social perceptions of love based on personal stories and objects. It was included in the Kulturzug project of the Deutsche Bahn on the Berlin-Wroclaw route and invited to the International Theatre Festival Confrontations. It also resulted with a spin-off creative documentary reportage +LOVE, based on a six-months-long research of love and sexuality as experienced by people aged over 65 years.

Many of my productions (if not all of them) had put much focus on the issues of female empowerment. In 2018 I joined the Womenstate Collective which enlisted female artists, underprivileged women (including female inmates) and Grotowski Institute in Wroclaw to create the socio-politically outspoken theatrical performance Womenstate or The Choir for One Actress. Dedication to women has also fuelled STRYJENSKA. Let’s dance, Zofia! based on the original diary of the Polish painter Zofia Stryjeńska (1891 – 1976), the first women in the history who disguised as a man studied art at the Munich Art Academy. The production involved an extensive research about feminism and freedom, filming almost 100 years later of the actress’s symbolic journey to Paris, Geneva and Munich, and studio recording of the original soundtrack. The performance pra-premiered at the Polish Cultural Institute in Rome, Italy, then premiered at the CSK Lublin Opera House, and has been presented with a great success numerous times ever since, around Poland and once in Belarus. 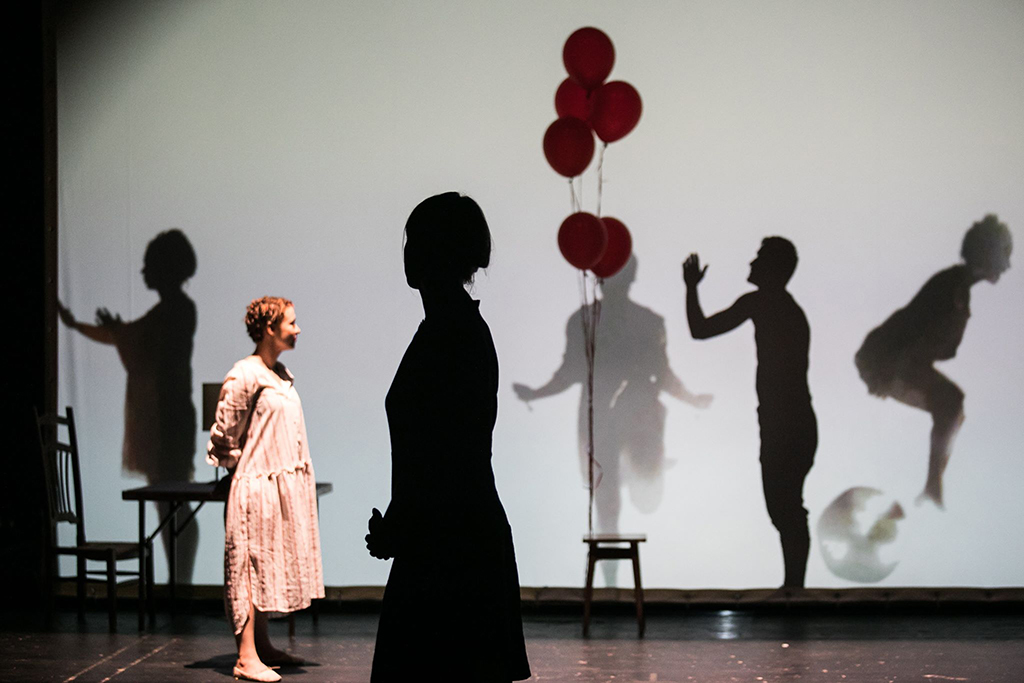